This article continues a series of articles on performance testing:

The introduction section repeats the one I used in the previous articles.

All these APIs are highly customizable, and even the smallest changes in configuration, data model or Java code may result in performance degradation. Performance testing is especially important in cases where concurrency may be the source of the problem. To recognize and fix such issues timely, it is recommended to perform regular performance testing, ideally integrated into the build and deployment pipelines.

However, SAP Commerce Cloud intensively uses caching and the test plans may not reflect the true situation if not designed properly. Almost all database queries are cached inside the platform so that the thousands of data fetching operations (per a web service call) don’t even reach the database. If a cache was disabled, an average single call would take minutes. Fortunately, the cache is always on, but depending on many factors it may or may not work efficiently.

The test scenarios should be designed in such a way that they mimic the real-time user action happening in the production. If your product catalog has thousands of products, and you expect a normal distribution, it will be a bad idea to test the system against just a small bunch of test products. You may face the risk that Commerce Cloud demonstrates exceptional performance with this small bunch of products, but completely different results with the actual traffic.

In order to mimic user behavior, API sample calls can be either generated or collected from the logs. For the APIs, this dataset has a combination of when and what: a timestamp, a list of URLs, an HTTP method, a set of HTTP headers, GET and POST payloads. It is often easier to simplify the model by firing the calls in some pattern reflecting the actual traffic in its average approximations.

If you need to create complex behavior from the simulated virtual users in the load test, the built-in capabilities of out-of-the-shelf products may not be sufficient. For example, parsing output formats from an API response to create the formatted inputs for an API request may be difficult for a particular load testing tool, but a quick and easy exercise for a high-level programming language. Another example is Jmeter which doesn’t support load steps out of the box.

Many tools, including mentioned JMeter, provide SDKs for custom scripting to implement complex scenarios. However, in many cases, these SDKs bring the same limitations and complexities of the product they are based on.

(The maven template and configuration instructions are here: https://bitbucket.org/blazemeter/jmeter-from-code/)

This JMeter API gives a new level of flexibility, but — Both Jmeter GUI and JMeter API use the same engine with multithreading in the core as well as the same limitations and constraints. Java threads are architecturally not guaranteed to be time-sliced; they are part of the same process, hence, they share the same memory space.

There is an alternative approach that uses an event loop, a single-threaded infinite cycle making one task at a time. JMeter doesn’t support it, but other tools do.

Let’s look at this mechanism in detail.

Each outbound HTTP request needs an open connection to perform read/write operations using syscalls provided by the operating system. These OSes can support thousands of open connections which is enough for almost any task but benchmarking. The number of threads is limited to 5000-15000 in a modern OS.

These connections are mostly idle. In traditional synchronous processing, this implies devoting one thread to each user, and both the connections and threads wait until the call returns. This behavior can be very expensive in terms of memory and CPU consumption. JMeter works in this way: a virtual user per thread, and therefore limited in the number of requests/users it can simulate.

In the first versions, Java JDK supported only thread-blocking IO with threads. JDK 1.4, released in 2001, added java.nio, or non-blocking I/O, or NIO. Java NIO provides an ability to read/write from connections without putting the thread to sleep. So, the single-threaded app can work effectively with multiple connections. Later in 2011, JDK 1.7 was released with the support of NIO.2, also known as asynchronous I/O.

These enhancements are not used by JMeter: it uses traditional thread-blocking I/O with thread-pools. Mainly, it is so because of the architecture constraints which are hard to change after years of support. Jmeter is a pretty old tool, it was initially released in 1998 and started supporting JDK 1.4 only in 2009.

There is a number of products on the market much more capable than JMeter. Most of them are commercial and targeted at professionals in load testing rather than developers who want to challenge their code when there is a need to deliver a better product. Some of the open-source products deserve mention here.

The Grinder uses the same load testing approach as JMeter, but allows scripting via Jython, java implementation of Python.

Tsung’s approach is different (see my previous article with the details). It relies on Erlang whose virtual machine does not create an OS thread for every created process and very efficient in terms of memory and CPU use. However, Tsung’s extendability leaves something to be desired.

One of the possible ways is using designated libraries to write our own simple load generator from scratch. For my tasks, it was a faster and reliable way to address the concurrency issues in the SAP Commerce Cloud custom code.

In this article, we look closer at how to write the load generator from scratch with Python.

To minimize the cost of concurrent connections, there is an approach where load is generated in a single-threaded event loop. This means that all application code should aim to be asynchronous and non-blocking because only one operation can be active at a time.

The asyncio module is an asynchronous I/O framework shipping with the Python Standard Library. It contains a set of network protocols, transports, streams abstractions, equipped with a pluggable event loop. The event loop, a heart of the solution, provides the APIs for request scheduling, data transmitting, DNS lookups, and handling OS signals. This approach is also called ‘cooperative multitasking’ because it gives a feeling of concurrency despite using a single thread in a single process.

The event loop keeps a table of future events and for each event you have a corresponding callback. All mentioned frameworks, Tornado, Twisted and Asyncio, are all based on “callbacks”.

Async.io provides a foundation and API for running and managing coroutines, a specialized version of generator function that can suspend its execution before reaching return, and it can indirectly pass control to another coroutine for some time (read more: https://realpython.com/async-io-python/)

Python helped us to create complex and non-linear load plans. For our tests, we needed to take into account the dependencies between sequential calls and response caching implemented in the SAP Commerce Cloud modules.

We needed to stress the cluster sending different POST payloads and different URL parameters to challenge both our API implementation and the caching system.

So our “suite” got three components:

This component creates a list of URLs for a test, and, if applicable, the JSON or XML payloads for them. The result is a set of files to use at the next phase.

For our sample load generator, the generated set contains only

This component reads the URLs from the file as well as the payloads for them (if applicable, for POST). The app starts up, creates a number of threads as specified by the number of virtual users, every thread reads an URL from the file, random or sequential, and a payload for the URL, and makes a GET or POST request. For every request, the app records the time it took to complete the entire request. The log has the following format:

This information is used at the next phase, report generator.

In our implementations, the requests are sent in batches, with a timeout between them. It helps to visualize simultaneous virtual users and time needed for the server to handle them. Internally the requests in batches are not started at the same time, but the delays between them are much shorter than a delay between batches.

This approach helps to simulate simple scenarios useful for debugging multi-threading issues: the script is configured to run one batch with two or more simultaneous requests.

A request may result in: 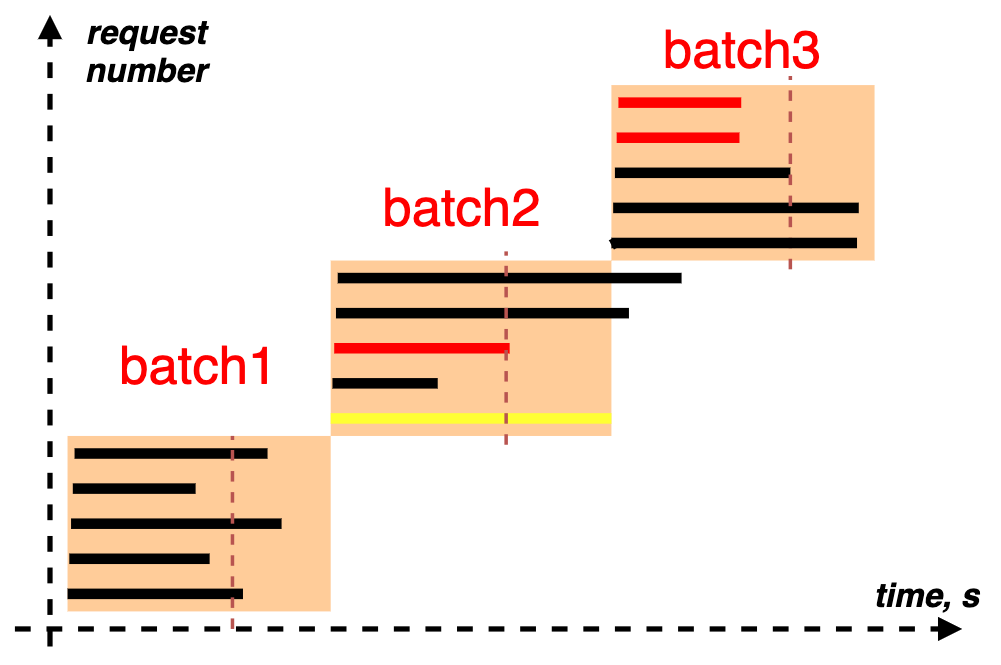 The report visualizes the log created by the load generator. 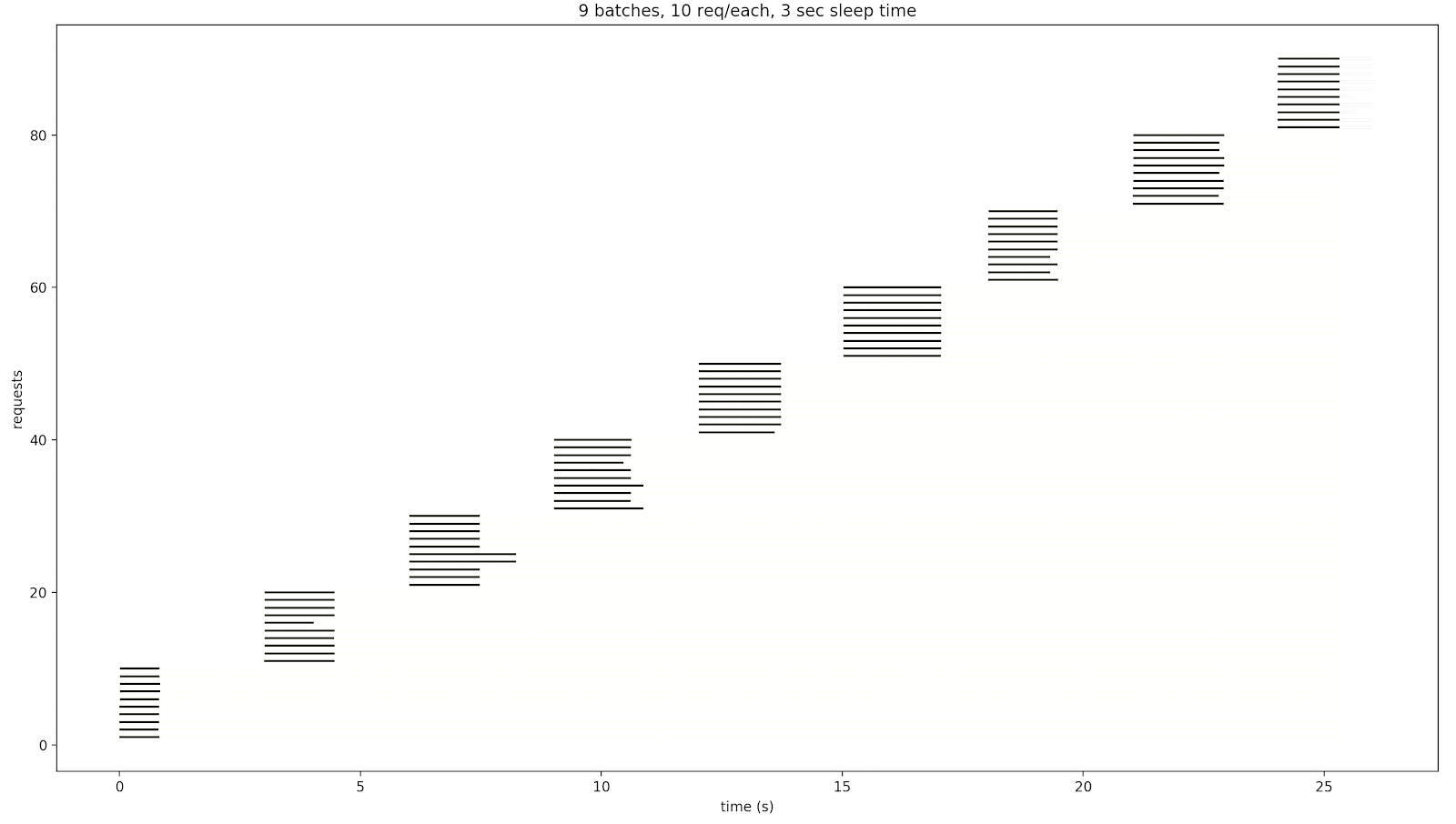 For the 0.5-sec sleep time, the service is responding longer: 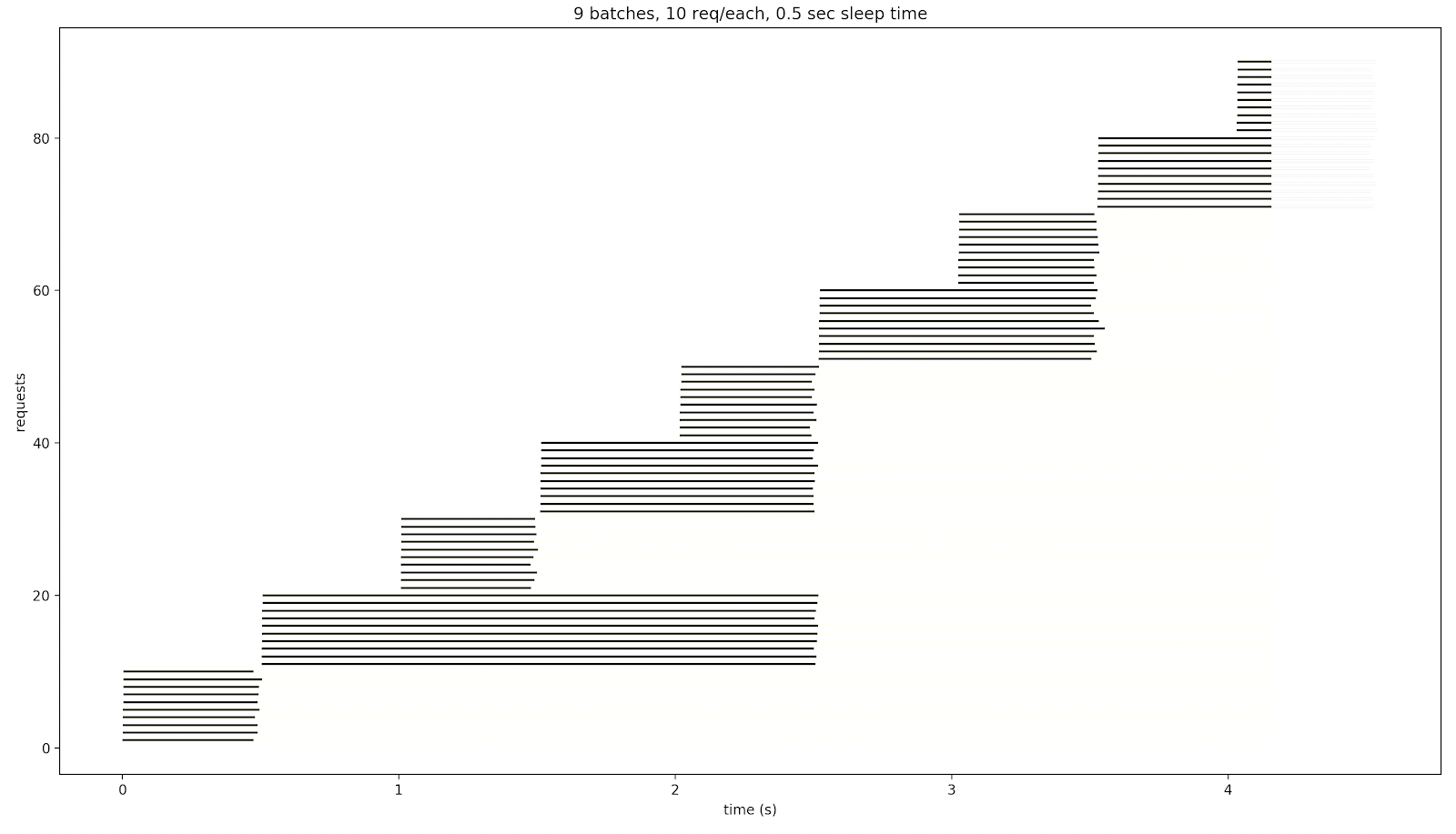 For 0.1-sleep time, after the 9th batch, the system stopped responding. Those weren’t error responses: they haven’t just been received during this 2-second test. 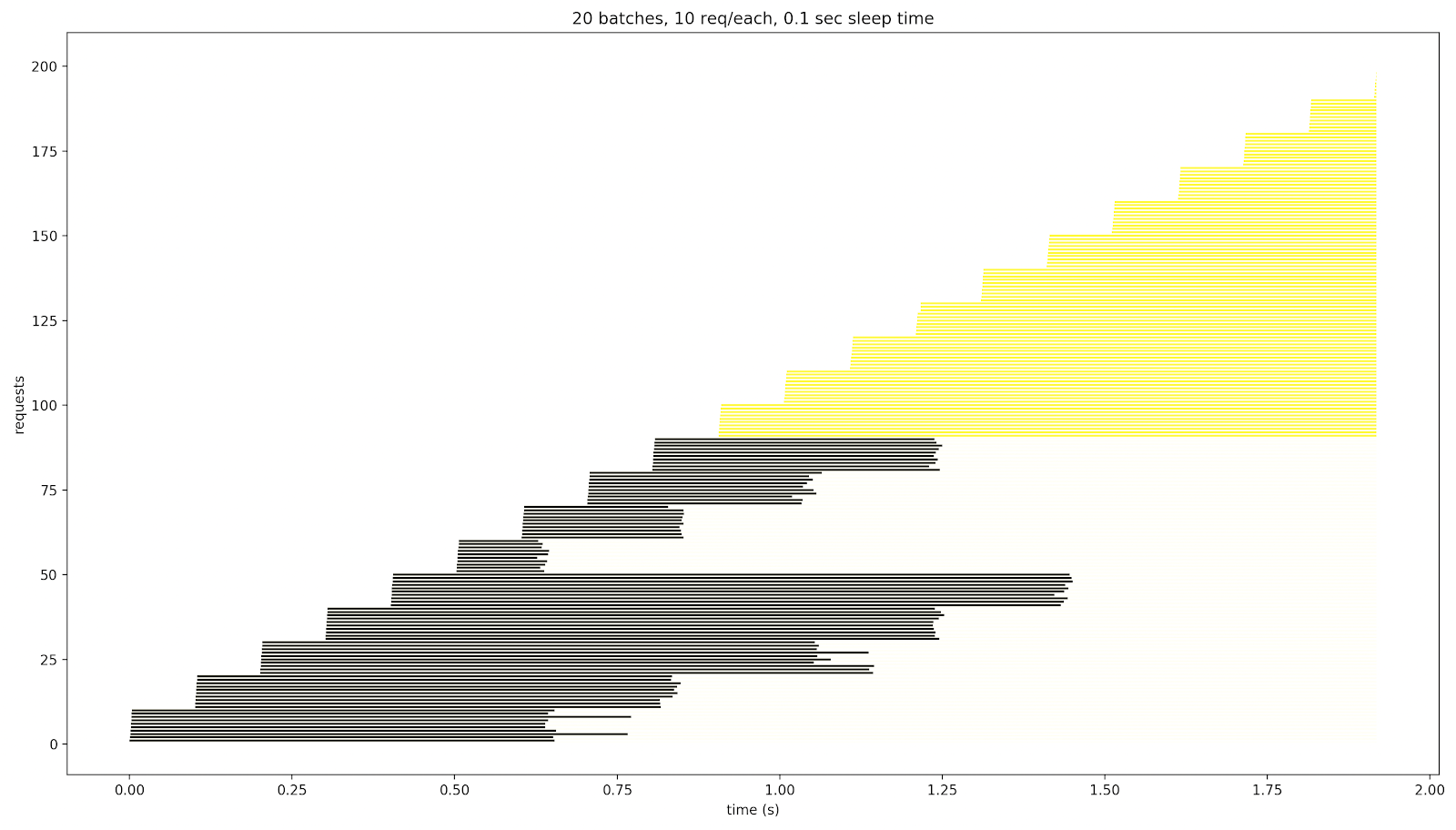 If we increase the number of requests per batch, some responses are displayed in red: 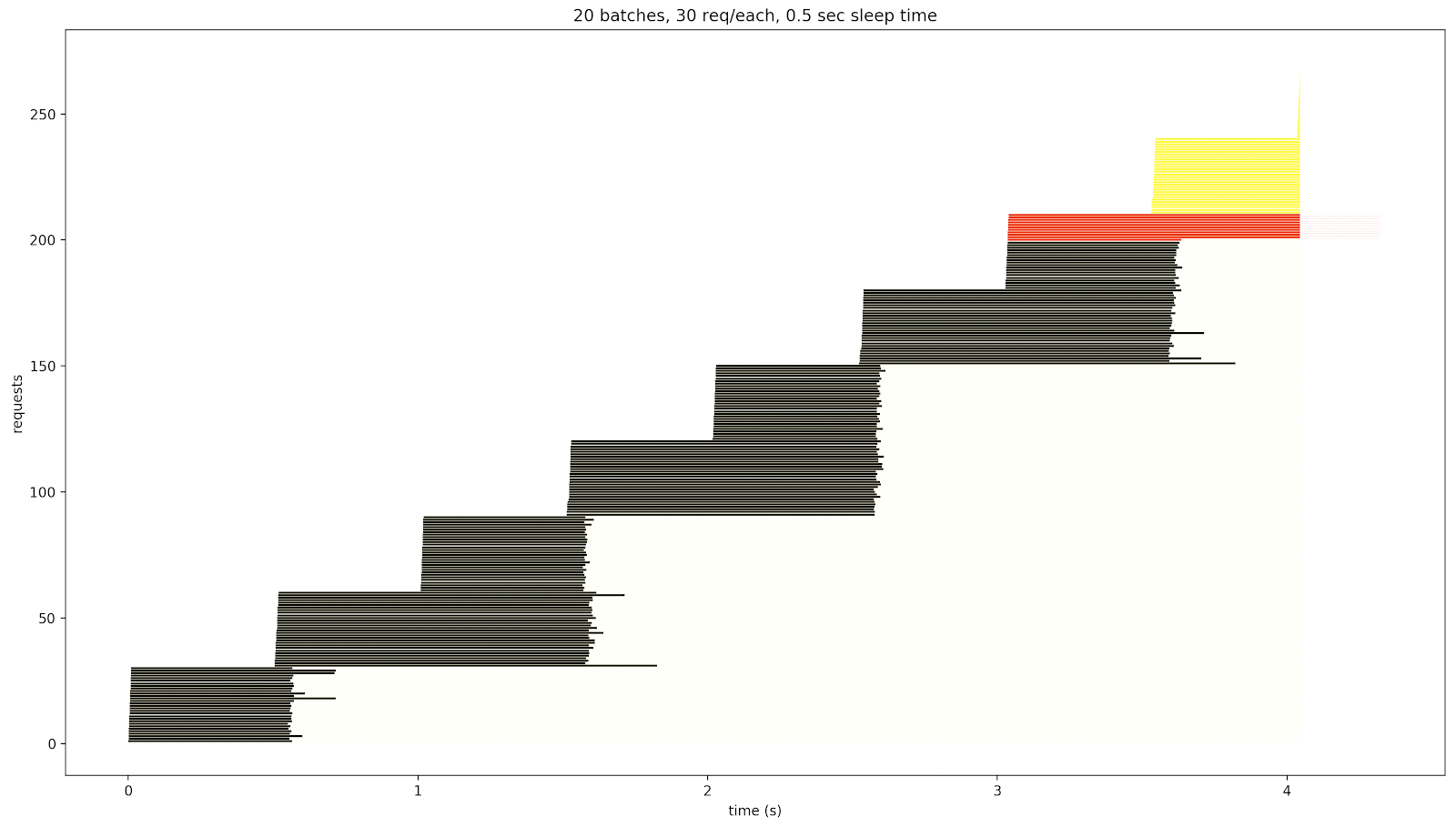 The code of the tool is available on Github https://github.com/raliev/hybrismart-asyncio-loadgenerator (Thank you, Carlos Martinez, for helping with the script!)

The script starts the tests in bunches with the specified size:

submit_set is an async function sending the group of requests

trace_configs declares the callbacks to be used to persist the start and end of every single request:

A new class RequestTrace was created just to persist the trace for each request (request id, start time, end time)

The three callbacks then are defined as follows: 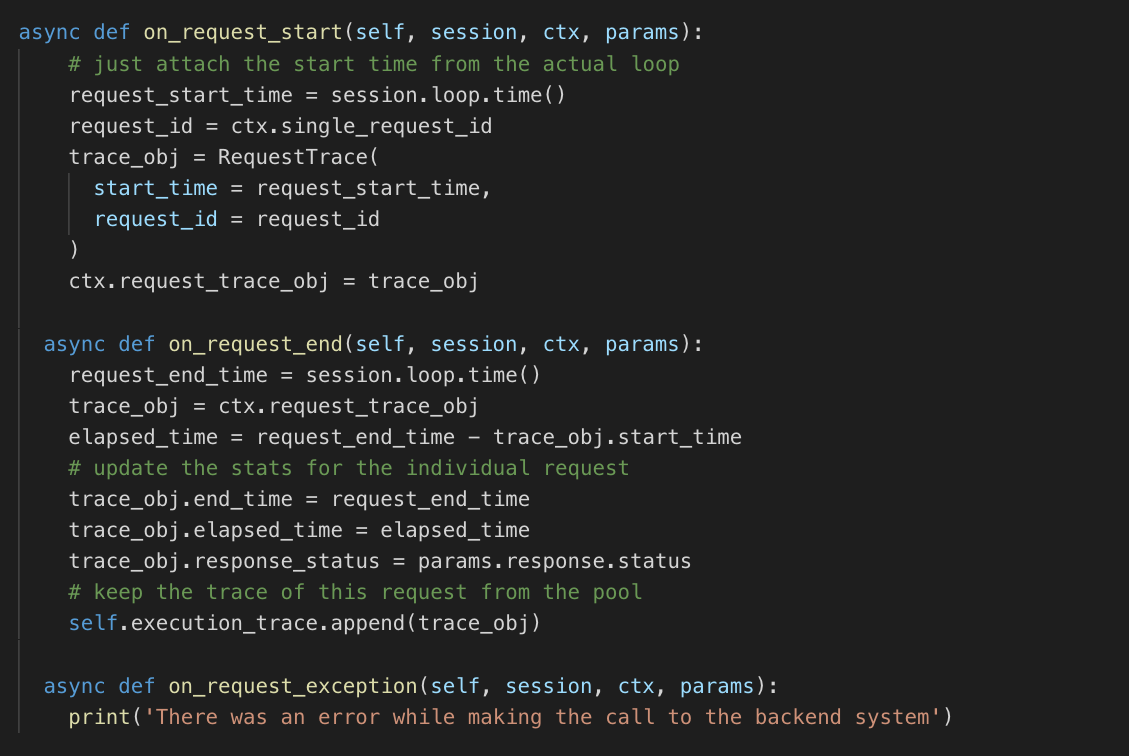 The results are accumulated in execution_trace, this will help us use the data later to persist it in a file so that we can analyze it later, see save_results_to_file: 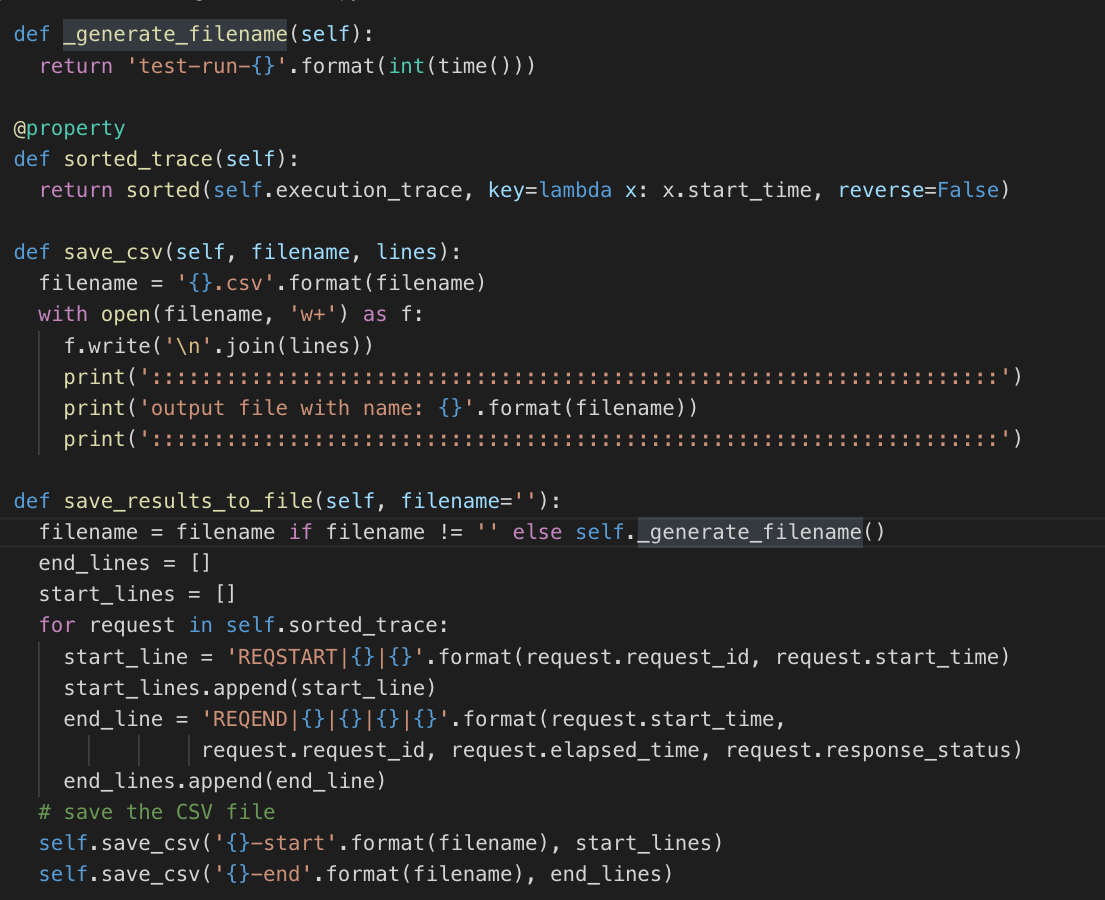 Using the script above, I tested SAP Commerce Cloud Integration API (OData,  Item Persistence). This interface can be used for creating/modifying products in the database using the data-driven API.

After that, we need to create two test categories in the Default catalog (Staged):

In my setup, the user admin has a password nimda. I manually assigned a new integrationadmingroup to admin.

and then run the call using curl:

For this test, we will need two payloads:

Now we can use our performance testing tool to run a single call, just to test that everything works fine. The code demonstrates how to send a GET request. In our case, we need to send POSTs with different payloads. getJSONPayload returns payload1 or payload2 randomly. endpoint is the same for both payloads (see curl above).

If the products are created sequentially, one after another, the second update overrides the first one, and we finds the product test_article1 assigned to testCategory2. 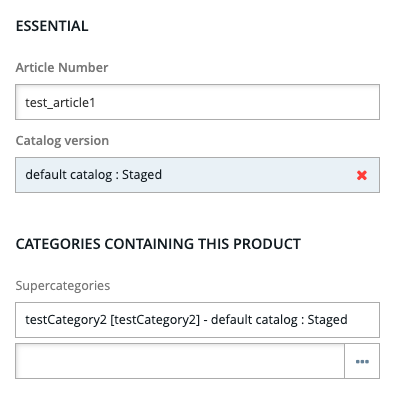 However, if we remove all assigned categories and then run the script with 25 requests (being sent at nearly the same time), we find the product updated in a strange way: 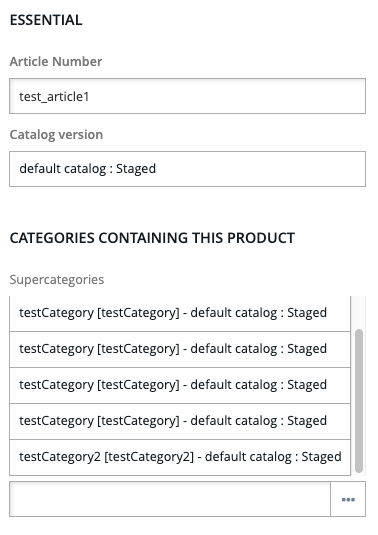 the same testCategory was added many times, no errors in the log. This is because the items were being added in the parallel threads.